One of the celebrities that the ‘madlang people’ are always eager to see is Jose Marie Borja Viceral, more commonly known as Vice Ganda. He is a popular local actor, host, fashion icon, and recording artist. He also starred on several films, mostly considered as the highest-grossing films in the local cinema.

The 41-year-old comedian who used to sell water around Tondo has undoubtedly gone a long way from where he was before. But behind each success is a bittersweet story of the past.

In 1991, Vice was the sole witness of his father’s mürder. The crime happened only a week after he turned 15, which made the incident all the more tragic and heartbreaking. 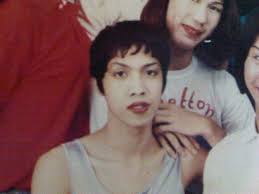 Due to his father’s dëath, her mother decided to work overseas in order to support their family, but Vice didn’t let her mom shoulder the burden alone. He started off as a comedian in a comedy bar which eventually led to his discovery in show business.

Whether you watch his TV shows regularly or you’re one of his followers on social media, you’ll know that Vice has a fun, colorful, and busy life. While we often see him throwing jokes, making people laugh, and donning the quirkiest of outfits, his home life tells a different story. “Simple lang talaga ako. Siguro ‘yung mundong ginagalawan ko ang kumplikado… Gusto ko natural,” he says.

Thanks to his earnings, Vice Ganda was able to surprise his mom, Rosario Viceral, with a three-story house in Quezon City. It took him eight months to have the 360-square-meter property built with the help of design consultant Avelle Francisco. Vice’s only request: make his home a modern zen. The common areas in Vice’s house showcase a minimalist appeal – decor pieces are kept to a minimum and only the essentials are on display while featuring a monochromatic palette to create a bright, relaxing, and organized look. As seen in the living area, most of the colors used are muted – with black, gray, and white dominating the space. The sectional sofa from Contemporaneo, the glass coffee table, and the area rug have clean lines that add to the streamlined feel of the home. An abstract painting from Artasia Gallery, Avelle’s gift to Vice, adds color to the space that matches the chosen pieces in the living room. In the dining area, instead of having an elaborate centerpiece, key chic pieces take center stage. A crystal bowl and matching candleholders bought by Vice’s mother in the US set on a brown table runner complete a classy setup that complements the dining set and the home’s overall look.

The glass-topped dining table and matching upholstered dining chairs are custom-made pieces by Contemporaneo. Besides the set is a console cabinet in a similar finish that holds various accessories and framed photographs.

A whimsical and lovely lighting piece from Illuminati that’s reminiscent of falling stars adds a warm glow to space. The wide windows also let in natural light into space, keeping it airy and inviting. The L-shaped layout in Vice’s kitchen is perfect for an organized and seamless workflow. The granite countertop makes for a durable and easy-to-maintain workspace. To match the white cabinets and drawers, the appliances follow the home’s color scheme. Most of the prized must-haves are stainless steel or in black. Vice’s personal bathroom had furniture pieces and fixtures from the luxury brand Kohler. While he preferred a smaller mirror in his personal bathroom, Avelle insisted on putting a big one, “kasi nagme-makeup siya.” The chosen tiles also follow the color scheme. For Vice’s veranda, Avelle used waist-high tempered-glass railing and furnished with a four-seater, glass-topped dining table. The scene stealer is the egg-shaped chair from Our Home – Vice Ganda’s favorite spot. Vice Ganda’s room followed the house’s black-and-white theme, but Avelle added a pop of red to match his personality and enliven the room. Made by curtain maker Totoy Santiago, the padded headboard pairs well with the modern platform bed, comfy white seating piece, and the soft furnishings.

His umbrella-shaped lampshade was a unique symbol of Vice’s celebrity status.