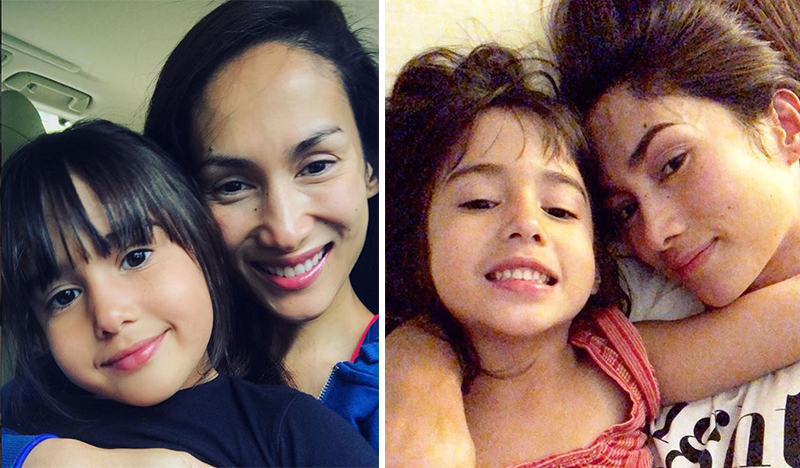 The celebrity mom also serves as a fitness and beauty inspiration and because of her super fit body, many women envy her. For more than 15 years, this hot mom is married to her Ukrainian-Canadian husband Brian Poturnak, who is also a businessman. With her life now, the actress is really blessed with an understanding and supportive husband and five wonderful kids. Although none of them are currently in the entertainment scene and she seldom shares photos of them, Ina might have found one who would be following her footsteps. No other than, her youngest daughter, Minka, looking at her face and her amazing smile is like looking at a living doll. At the age of five, Minka can easily charm everyone with her irresistible cuteness.

The celebrity mom revealed that people often asked her if she would allow them to join showbiz in the near future. “Yup, she’s definitely got it and to answer the most common questions I get from people around me, “Are you going to let your children enter show business?” “Who among your kids want to join showbiz?” Yes, I will allow if they really, really want to do it and they’re at an appropriate age to make such a decision. It’s going to be Minka. She’s so happy in this environment.”

Right now, Minka is the only one who has shown interest in becoming an actress. The celebrity mom even call her as a scene stealer:

“So I brought this cutie patootie to my photo shoot yesterday and she stole the show! She wanted her photos to be taken. She demanded it.”

The actress also shared that when she was pregnant with Minka, she was fond of watching zombie flicks.

She confessed it with a grin, “I watched 4 seasons of Walking Dead while I was pregnant with her.” And just like her Kuya Jakob, Minka is athletic too, she also plays baseball. When she was just two and a half years old, she’s been “bugging” her mom that she wants to work out.

With Minka’s beauty inherited from her gorgeous mom and his equally handsome father. There’s no doubt that she could be the next ‘crush ng bayan’.