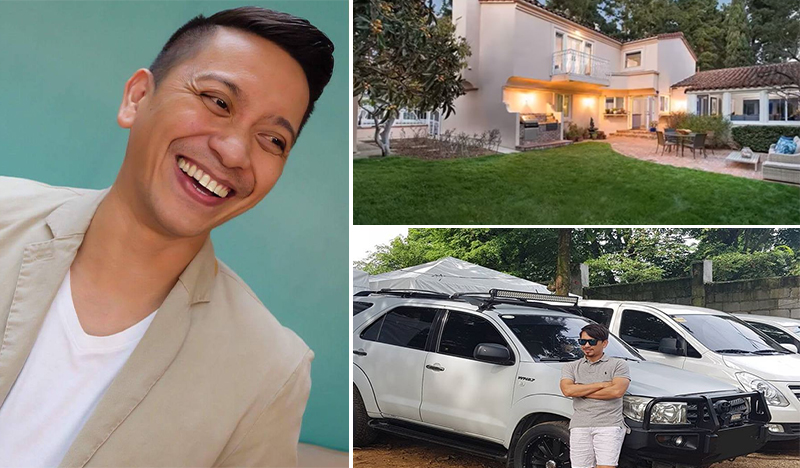 Who of us doesn’t know about the Ang Probinsyano’s kontrabida, Alakdan? Yes, we want to knock him down but in real life, we love the star who portrays Alakdan.

Meet Jhong Hilario, a star from decades ago but still has his glow. In real life, his given name is Virgilio Viernes Hilario. He was a former member of a famous dance group named Streetboys. He’s one of the original members of the dance group and after three years of dancing with this crew, he was finally given an acting break in the film called”Istokwa.”

After that, he got a chance to show his versatility in the showbiz and he has been part of numerous tv shows being one of the lead starts. Decades of working in the industry, his consistent tv programs, and shows gave him enough to become what he is now.

Hitting you straight on how wealthy the Showtime’s Sample King is, It was last reported that the net worth of Jhong Hilario is at $11 million. At the age of 42, his career is getting stronger. We can see him every day in Its Showtime as a host and in Ang Probinsyano. He is an idol of all the aspirant dancers out there for his amazing dance moves and terrifying stunts. He has been dubbed “King of the Dance Floor” and “Sample King” because of these total performance shows.

Aside for having a successful showbiz career, Jhong is also a public servant. He currently serves as councilor for the City Government of Makati. Jhong give all not just on his performances on stage but even serving the people in Makati, and he’s not contented being good but he makes the best in every aspect. He is in his midlife already but we all know he’s just getting started. No doubt he’ll be more successful in his career in the future.